Alpacas have coexisted with humankind for thousands of years. The Incan civilization of the Andes Mountains in Peru elevated the alpaca to a central place in their society. The imperial Incas clothed themselves in garments made from alpaca and many of their religious ceremonies involved the animal. Museums throughout the Americas display textiles made from alpaca fiber.

The Spanish conquistadors failed to see the value of alpaca fiber, preferring the merino sheep of their native Spain. For a time, alpaca fiber was a well-kept secret. In the middle 1800's, Sir Titus Salt of London, England rediscovered alpaca. The newly industrialized English textile industry was at its zenith when Sir Titus began studying the unique properties of alpaca fleece. He discovered, for instance, that alpaca fiber was stronger than sheep's wool and that its strength did not diminish with fineness of staple. The alpaca textiles he fashioned from the raw fleece were soft, lustrous, and they soon began making their mark across Europe. 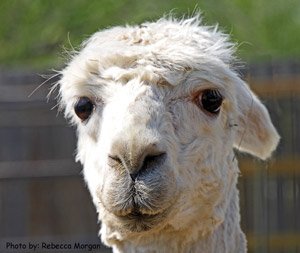